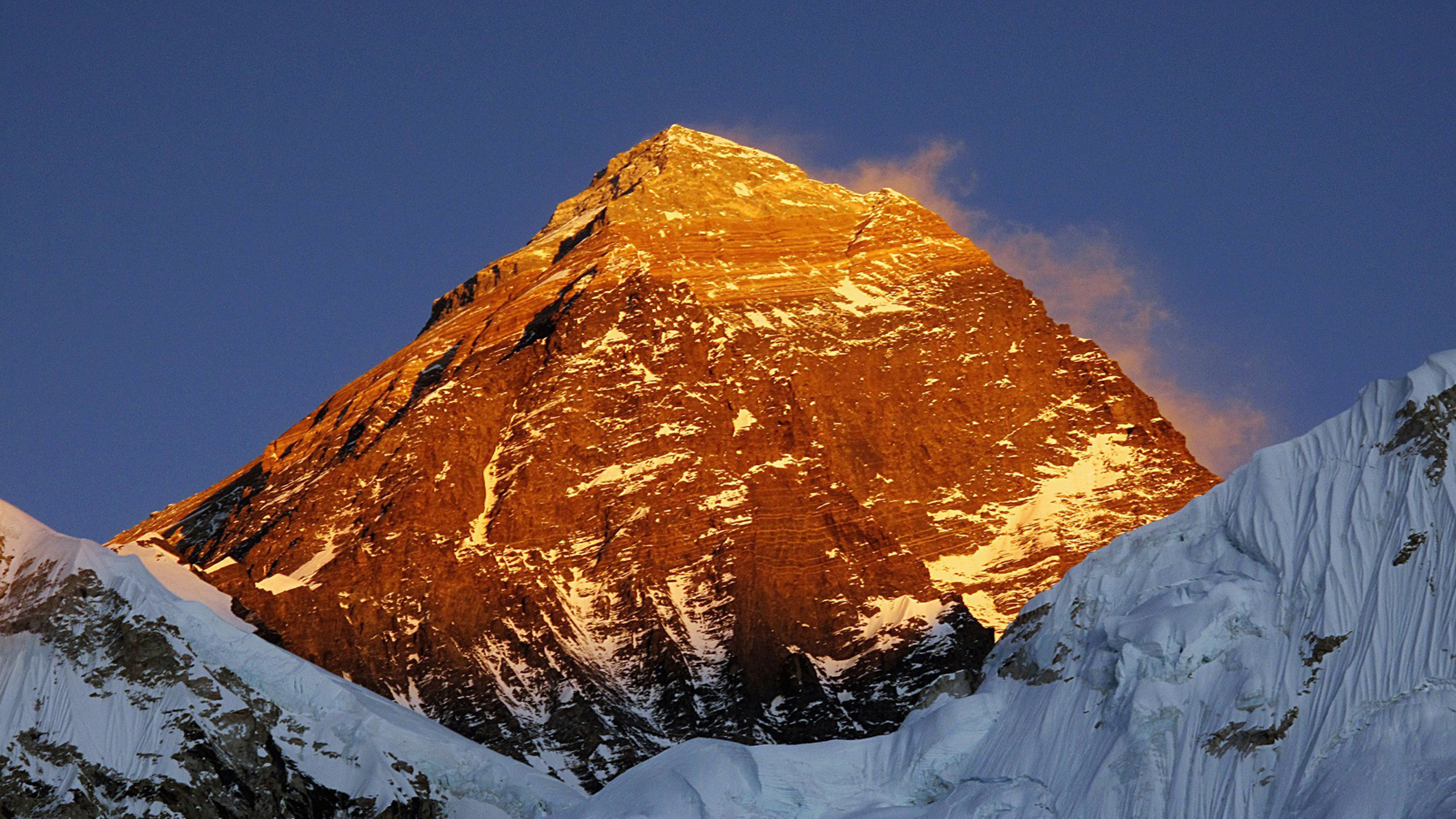 Mt. Everest is on the border between Nepal and Tibet (China). It is in the Himalaya mountain range which stretches 1500 miles from Northeastern Pakistan to Bhutan. There are over thirty mountains higher than 25,000 feet. Of the fourteen 8,000 meter peaks, nine are located in the Himalayas making it clearly the top of the world. Mt. Everest was first summited by Sherpa Tenzing Norgay and Edmund Hillary with a British expedition in 1953. They took the South Col route which is described on this page. At that time the route had only been attempted twice by Swiss teams in the spring and autumn of 1952.They reached 8500m well above the South Col. Of note, Norgay was with the Swiss thus giving him the experience he used on the British expedition. The Swiss return in 1956 to make the second summit of Everest. Today, hundreds of climbers from around the world use this route to try to stand on top of the world. It is considered slightly more dangerous than the North Ridge Route due primarily to the instability of the Khumbu Icefall. However some considered it slightly easier than the north due to the absence of the ladders and rock climbing on the steep steps of the North Ridge route. As of 2011, there have been about 3448 individuals summit with another 2136 repeat summits since 1953 with 250 deaths. The second highest mountain in Asia is K2 in Pakistan at 28,251'/8611m and is about 800 miles northwest of Everest but still in the Himalaya range. It is considered significantly more difficult than Everest requiring technical rock climbing and extreme weather.